Why We Consider France For Medical Tourism

France is un-spoilt countryside and a rich culture and heritage. As a medical tourist, you will probably have your treatment in or near a major city but even urban environments in France are delightful. There will be plenty for you to see and do as you recover.

Private clinics are welcoming and medical staff are often fluent in other languages, particularly English. With an outstanding healthcare system and some of the most superior surgeons in the world, France is difficult to beat as a medical tourism destination. Medical technologies are extremely advanced in France so you can expect top class treatment.

Choosing to have treatment or elective surgery in France means that you are opting for a wealth of medical experience and expertise, backed by a sound economy that provides the latest medical equipment and technology.

Information for Travelers to France

Locations where we provide services in France 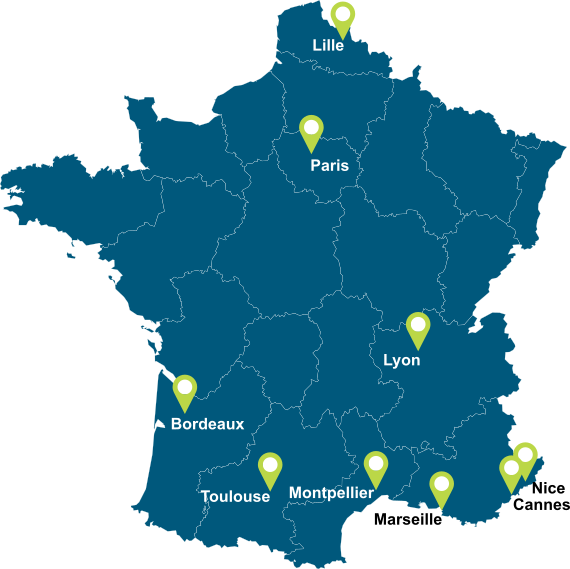 Check the vaccines and medicines list and visit your doctor (ideally, 4-6 weeks) before your trip to get vaccines or medicines you may need.

You should be up to date on routine vaccinations while traveling to any destination. Some vaccines may also be required for travel.

Ask your doctor what vaccines and medicines you need based on where you are going, how long you are staying and what you will be doing.

France Visa for Medical Purposes is destined for foreigners who need to enter and stay in a French territory temporarily to get a medical treatment in a medical institution located in a French territory. Typically, this visa type is issued to foreigners who cannot get the appropriate health care in their home country.
Apart from the general requirements, the following are the specific additional documents to apply for this French visa type:

Service Providers for France as Destination

France's healthcare system provides some of the best public healthcare in the world, although private health insurance is necessary for certain circumstances.

All legal residents in France are obliged by law to have health insurance in France. Many expats are now eligible to apply for state French health insurance (l'assurance maladie) in order to access France's world-renowned healthcare system now that the French government has instated a new universal healthcare insurance system known as the Protection Maladie Universelle (PUMA) in January 2016. Individuals who are not covered by the PUMA or might want to increase their health coverage must apply private health insurance while living in France.

This guide covers the following topics:

Changes to health insurance in France

Am I eligible for state French health insurance?

How to apply for French health insurance

Rates of contributions to the state healthcare insurance scheme

What is covered under state healthcare insurance in France

Health insurance in France for low-income and unemployed residents

Who can apply for the new French health insurance scheme?
Expats who are living in France can apply to receive state health insurance in France under the new PUMA program if they have lived in France for less than five years, do not have paid employment, are under the national retirement age of 65 years and do not receive a pension from an European country. Non-European students who are older than 28 years with no salaries and British early retirees are also eligible if they receive no salary.

You can apply for health insurance in France as soon as you have completed three months of consecutive residency. If approved, the government will assess whether you need to pay contributions towards the Unions de Recouvrement des Cotisations de Sécurité Sociale et d'Allocations Familiales (URSSAF). You would have to find private health insurance in France if your application is rejected.

Most of these French insurance companies will reimburse the remaining 30 percent of your general healthcare costs, including emergency hospital treatment. The cost of private care depends on the type of cover required and factors such as the age of the applicant, although few mutuelles ask for your health details prior to approval. Basic packages tend to focus on hospital care and medicine, but may include limited cover for dental treatment.

Unlike health insurance in some other European countries, however, private health insurance in France does not guarantee faster treatment nor is it associated with private practitioners. It simply acts as a way of bridging the 30% gap left by the national French healthcare insurance coverage.

A healthcare company you can trust

AXA PPP International is part of the AXA Group, a global insurance company with 107 million customers all over the world. For the last 40 years, we've looked after the health cover needs of people relocating overseas, giving them access to medical treatment - wherever they are in the world.

Offering all our members excellent benefits, guidance and support

We know that moving to a new country is an exciting opportunity - but we also understand that relocating overseas can bring worries about what would happen if anything goes wrong. That's why we make sure our members get the guidance, support and benefits they need, reassuring them that they can have access to medical expertise wherever they need it.

Cover for your employees when living and working abroad

When your employees are working abroad, choosing the right corporate cover can be essential. You can provide your staff with cover for their healthcare needs; from preventative measures to prescriptions and check-ups, and in-patient treatment – all when surroundings and medical systems may be new or unfamiliar to them.

Providing corporate healthcare cover for your employees can help to make sure they feel protected and supported, wherever they are in the world.

Our corporate plans offer great benefits, no matter what size your business is. Included on all plan levels, your employees can enjoy:

Wherever you are in the world, we want to make it easy for you to find medical providers to cater for your healthcare needs. Finding treatment when you’ve been diagnosed with a medical condition can be overwhelming and stressful, and if you’re living abroad it can add even more uncertainty. That’s why we’ve made things easier with MyGlobe.

Search for your nearest hospital or clinic

By using MyGlobe, you can search for health practitioners globally, based on your location or the type of treatment you need. And by using one of our preferred providers where appropriate, we can guarantee direct settlement of payments, to make things even easier for you.

In 1952 Air France moved its operations and engineering base to the new Paris Orly Airport South terminal. By then the network covered 250,000 km. Air France entered the jet age in 1953 with the original, short-lived de Havilland Comet series 1, the world's first jetliner.

During the mid-1950s it also operated the Vickers Viscount turboprop, with twelve entering services between May 1953 and August 1954 on the European routes. On 26 September1953z the government instructed Air France to share long-distance routes with new private airlines. This was followed by the Ministry of Public Works and Transport's imposition of an accord on Air France, Aigle Azur, TAI and UAT, under which some routes to Africa, Asia and the Pacific region were transferred to private carriers.

On 23 February 1960, the Ministry of Public Works and Transport transferred Air France's domestic monopoly to Air Inter. To compensate for the loss of its domestic network Air France was given a stake in Air Inter. The following day Air France was instructed to share African routes with Air Afrique and UAT.

The airline started uninterrupted jet operations in 1960 with the Sud Aviation Caravelle and the Boeing 707 jet airliners cut travel times in half and improved comfort. Air France later became an early Boeing 747 operator and eventually had one of the world's largest 747 fleets.

On 1 February 1963 the government formalised division of routes between Air France and its private sector rivals. Air France was to withdraw services to West Africa (except Senegal), Central Africa (except Burundi and Rwanda), Southern Africa (including South Africa), Libya in North Africa, Bahrain and Oman in the Middle East, Sri Lanka (then known as Ceylon) in South Asia, Indonesia, Malaysia and Singapore in Southeast Asia, Australia, New Zealand as well as New Caledonia and Tahiti. These routes were allocated to the new Union de Transports Aériens (UTA), a new private airline resulting from the merger of TAI and UAT. UTA also got exclusive rights between Japan, New Caledonia and New Zealand, South Africa and Réunion island in the Indian Ocean, as well as Los Angeles and Tahiti.[10][13][14]

From 1974, Air France began shifting the bulk of operations to the new Charles de Gaulle Airport north of Paris. By the early 1980s, only Corsica, Martinique, Guadeloupe, most services to French Guiana, Réunion, the Maghreb region, Eastern Europe (except the USSR), Southern Europe (except Greece and Italy), and one daily service to New York (JFK) remained at Orly. In 1974, Air France also became the world's first operator of the Airbus A300 twin-engine widebody plane, Airbus Industrie's first commercial airliner for which it was a launch customer. 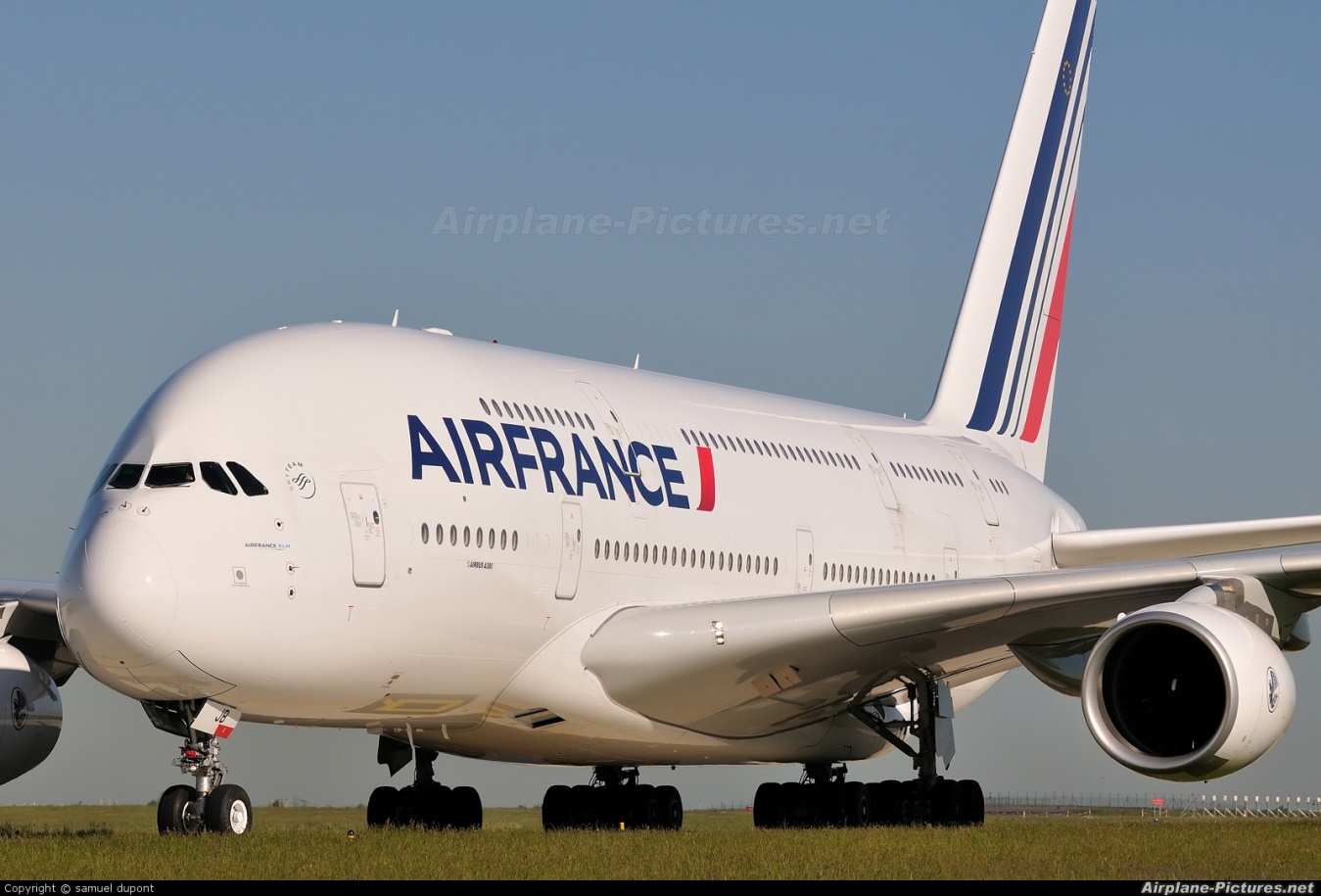 Corsair International is the second largest French airline after Air France and is based in Rungis, France. It operates international scheduled and charter services to 15 destinations in Africa, America and Europe.

The airline was established in the year 1981 and started operations on 17 May 1981 as Corse Air International.

One can book Corsair International airline flight tickets online on our travel website Goibibo.com. Customers can easily get access to previous booking by simply entering booking reference code or PNR number along with their last name.

Flight status of Corsair International airline will be displayed onscreen on Goibibo.com by entering flight number and the name of the destination of the flight. 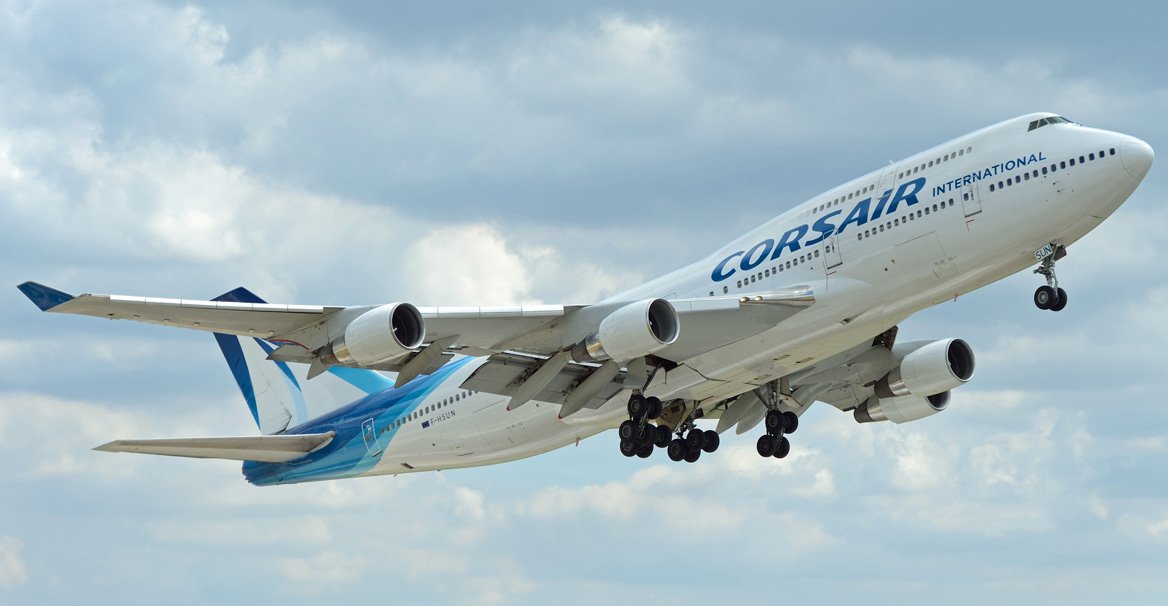 Subsidiary of ASL Aviation Holdings, ASL Airlines France, formerly known as Europe Airpost, is a French airline, certified ISO 9001:2015. For 30 years, it has a dual activity of passenger transportation (scheduled flights, leisure flights, incentive flight, VIP flights…) and cargo transportation. It is the heir to L’AÉROPOSTALE and it has built its reputation on a flawless quality of service in favour of its clients: carriers, postal and express freight operators and tour operators.

Based in the airports of the largest cities of France and in Manchester, our Boeing 737s allow us to perform passenger and cargo flights to destinations and at times requested by customers.

What are our strengths? A great responsiveness and flexibility, time control and a high quality of service.

Leisure, incentive or VIP flights are performed aboard our Boeing 737s. Whether standard or “À la carte” services, our first requirement is the satisfaction of our customers (large tour operators, consolidators or air brokers) and our passengers.

In partnership with some tour operators, ASL AIRLINES FRANCE also offers, for a given period, the opportunity to sell directly to the public, several seats per flight on some destinations. This trading is done through traditional travel agencies or online, but also on our website, through our online booking engine*.

Our service quality results in Regularity and Punctuality rates that are among the highest in the market.

Service Providers by Location in France

Any cookies that may not be particularly necessary for the website to function and is used specifically to collect user personal data via analytics, ads, other embedded contents are termed as non-necessary cookies. It is mandatory to procure user consent prior to running these cookies on your website.